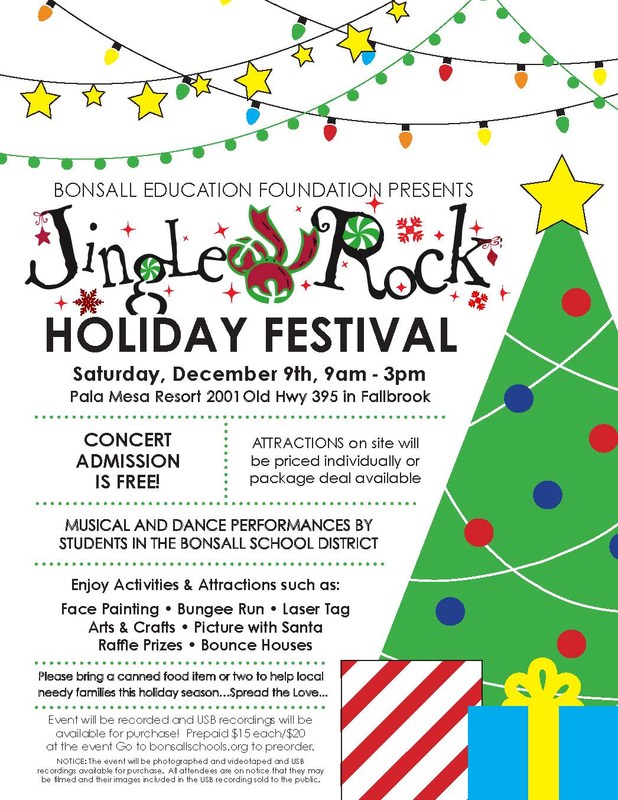 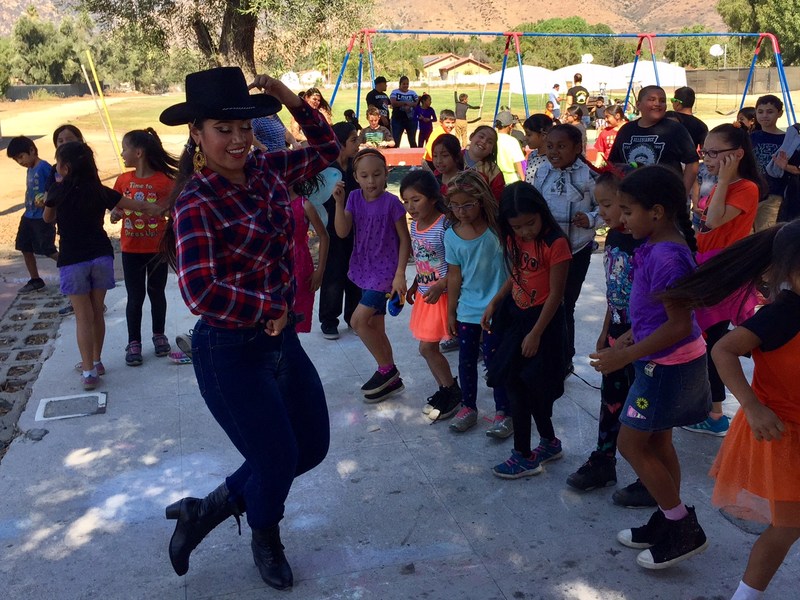 Check out our November monthly newsletter with updates from the District and our schools. 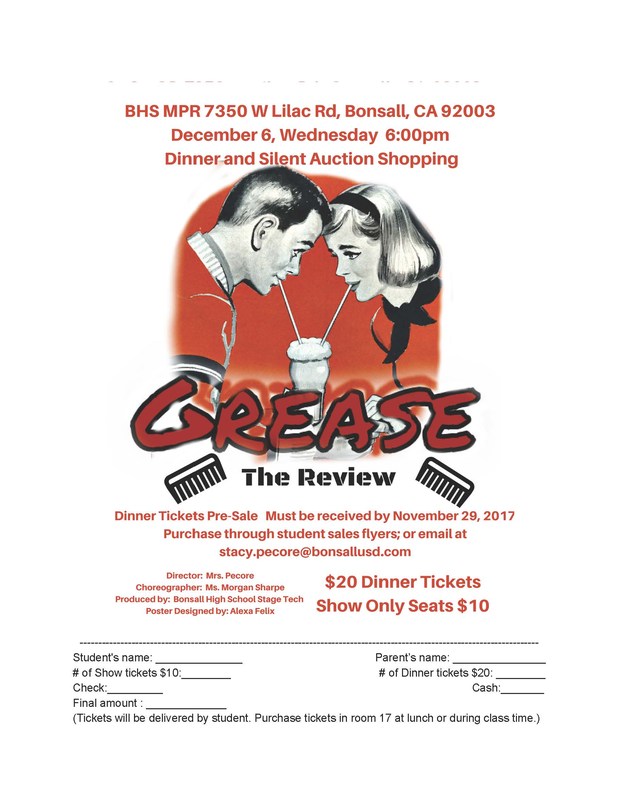 BHS Presents: "GREASE The Review" Dinner and a Show

Bonsall High School's musical theater program will be performing the timeless classic on December 6, 2017, at 6PM. Dinner is provided with ticket purchase, as well as the opportunity to win fabulous prizes in the Silent Auction! Tickets are only $10 and can be pre-purchased through students or via email: [email protected] 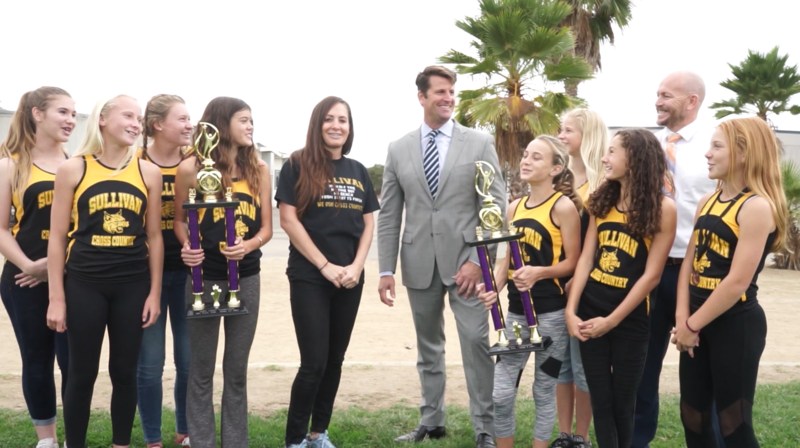 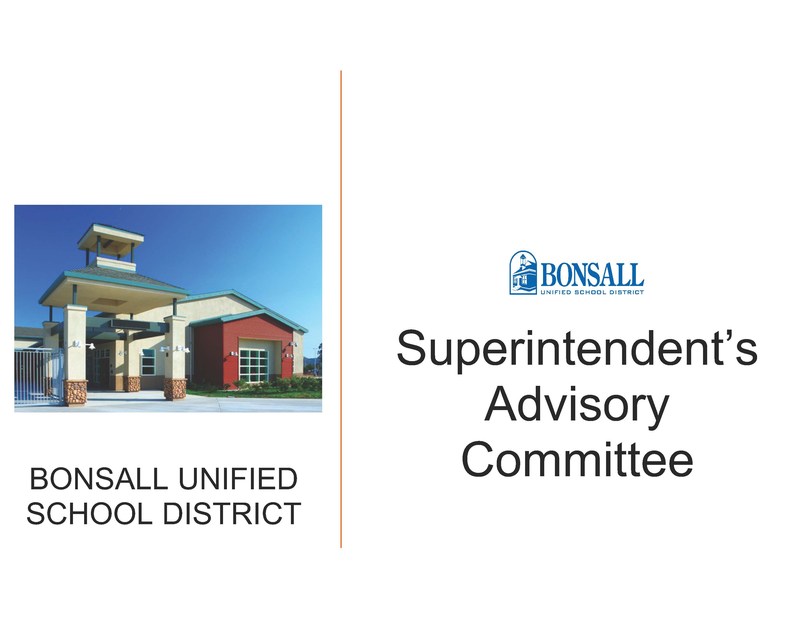 Apply to Serve on the Superintendent's Advisory Committee

The District is now accepting applications from BUSD community members to serve on the Superintendent's Advisory Committee. The committee's initial task will be to analyze identified sites and make a recommendation to the Board for the location of the permanent Bonsall High School campus. The application can be found on the District website www.bonsallusd.com. Applicants must live within the BUSD boundaries and turn in a completed application to the Superintendent's Office by the October 31, 2017, deadline to be considered. 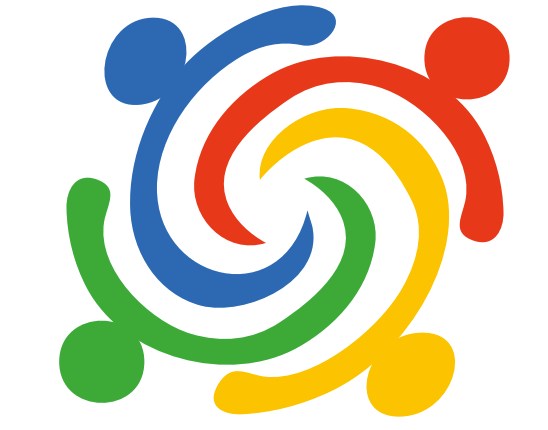 BUSD will host a Computer Distribution Event at Bonsall Elementary on October 4th from 3-4:30 where families can purchase affordable computers. 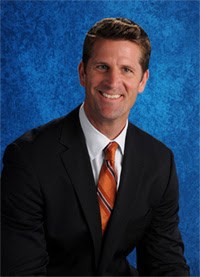 David Jones has been selected as the next superintendent of Bonsall Unified School District. The governing Board of Trustees unanimously approved the new superintendent’s contract at the August 9, 2017 regular school board meeting. Click through for bio. 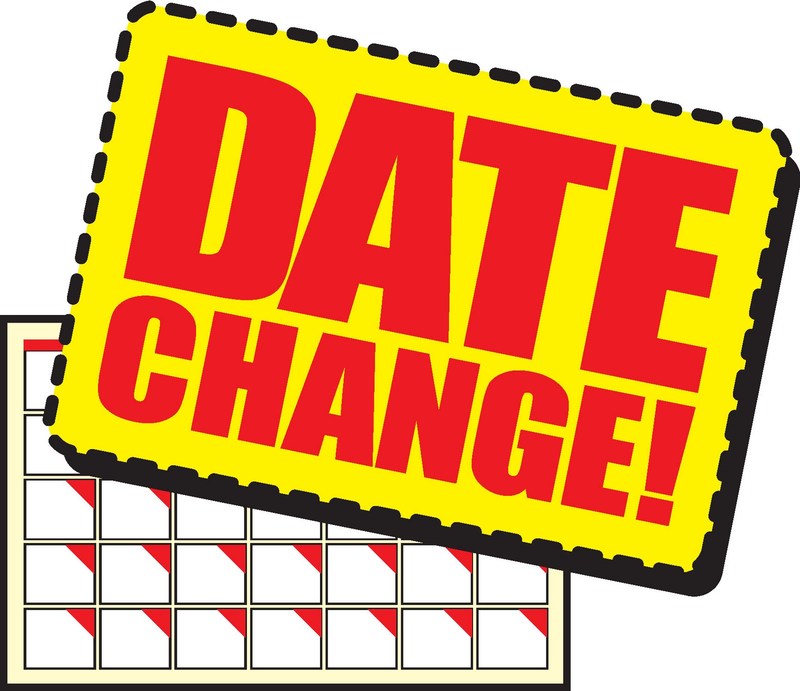 The BUSD governing Board of Trustees have moved the regular monthly board meeting date for August to Wednesday, August 9, 2017. The meeting will be held in the Bonsall Community Center with Closed Session beginning at 5PM and Open Session beginning at 6PM. Of note on the August agenda is approval of the employment contract for the new BUSD Superintendent. 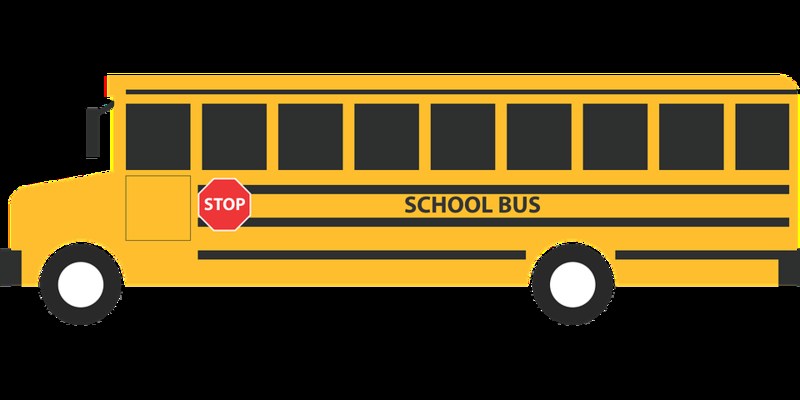 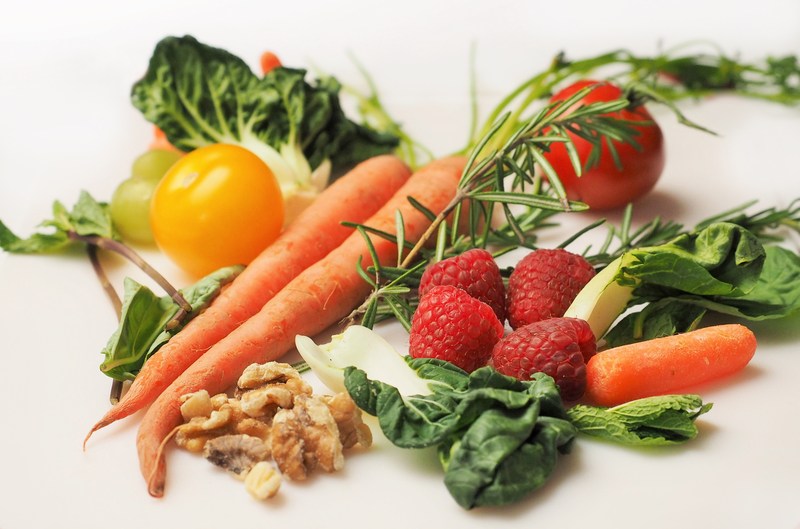 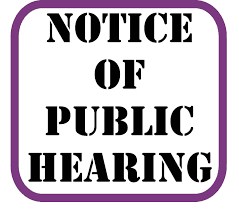 The Bonsall Unified School District held a public hearing on Thursday, June 15, 2017 at 6:00 p.m. in the Bonsall Community Center. This hearing was held during the Board’s Regular Meeting to review the district’s Local Control and Accountability Plan (LCAP) and the 2017-2018 Budget. The LCAP and proposed 2017-18 Budget are available for public review at the BUSD offices, as well as on the District website. Revisions to the LCAP and/or the 2017-18 Budget may be made in consideration of any feedback (oral or written) from the Public Hearings. The LCAP Adoption and 2017-18 Budget Adoption will then take place at the Special Meeting of the Governing Board of Trustees on June 29, 2017. 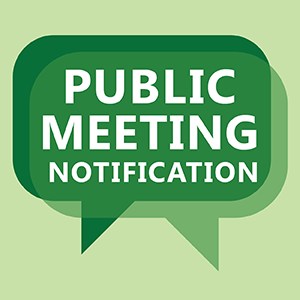 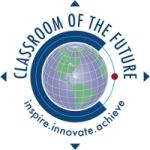 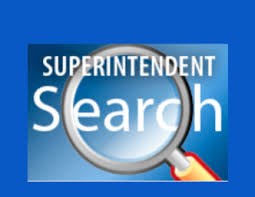 School Board Selects Firm to Advise on Superintendent Search

At the May 18, 2017 Special Board Meeting of the Bonsall Unified School District, the Governing Board of Trustees approved a consulting agreement with Leadership Associates, an executive search firm who will advise the Board in finding BUSD’s next Superintendent of Schools. The Board of Trustees took the action in response to the recent retirement announcement of Dr. Justin Cunningham who has served the District since 2008.

Sullivan Middle School has been recognized as one of 275 California Gold Ribbon Schools for 2017! 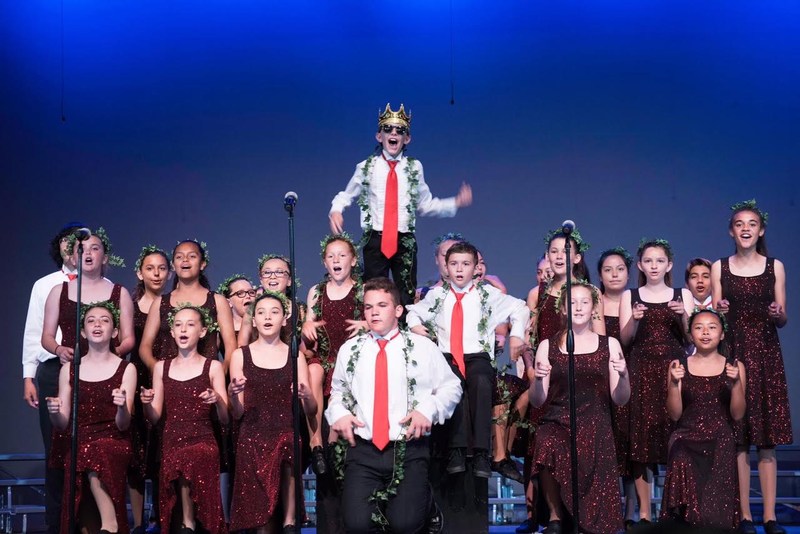 Sullivan Hits High Notes at Music in the Parks

Sullivan students continue their winning traditions at the popular national music festival under the direction of Ms. Emily Norling and Ms. Stacy Pecore.

Join us for a evening you won't forget! Enjoy the freshest, locally grown foods prepared by a private chef at one of Bonsall's most amazing private estates! Proceeds will benefit the 1:1 technology program at Sullivan Middle School. Tickets are $75 with only a limited amount of seating available. This is a 21+ only event. Silent auction and Raffle opportunities! Please contact the SMS front office for more information. 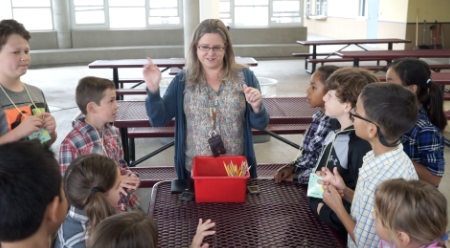 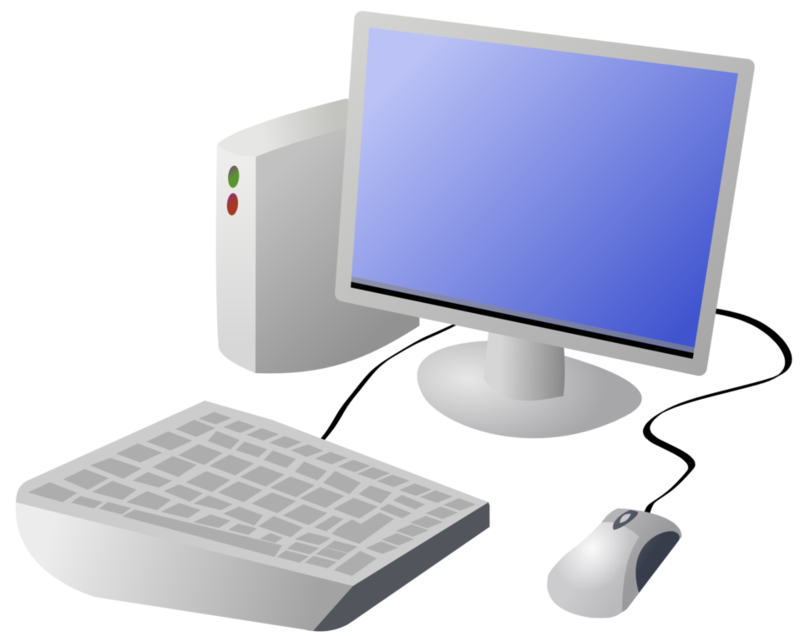 BUSD will host a Computer Distribution Event at Bonsall Elementary on April 11 from 3-4:30 where families can purchase affordable computers.

School district's in California are required annually to update their Local Control and Accountability Plan (LCAP). Parent input plays an integral part in the development of the LCAP plan. Click through to see the meeting agenda. Please come and share your thoughts.

Joey Stark received his bachelor’s degree in Communications from San Diego State University and his teaching credential and Masters in Education from National University. He began his teaching career in 4th grade in Florida. In 2006, he was selected as his school site’s Teacher of the Year. He moved west to California to be closer to family in 2006 and was hired by Bonsall Union School District as a fifth grade teacher at Bonsall West during the school’s second year of operation. Joey has helped shape the culture of education at Bonsall West and throughout the District. He is well-respected by his colleagues and students alike, always striving to impress upon his students the importance of exceling both academically and as well-rounded citizens. Joey loves teaching alongside his amazing BW team. He enjoys the Bonsall school community, the students, his grade level team, and staff. He is grateful for the opportunity to represent BUSD at the county level. Bonsall Unified could not be more pleased to recognize Joey Stark as Teacher of the Year for 2017. 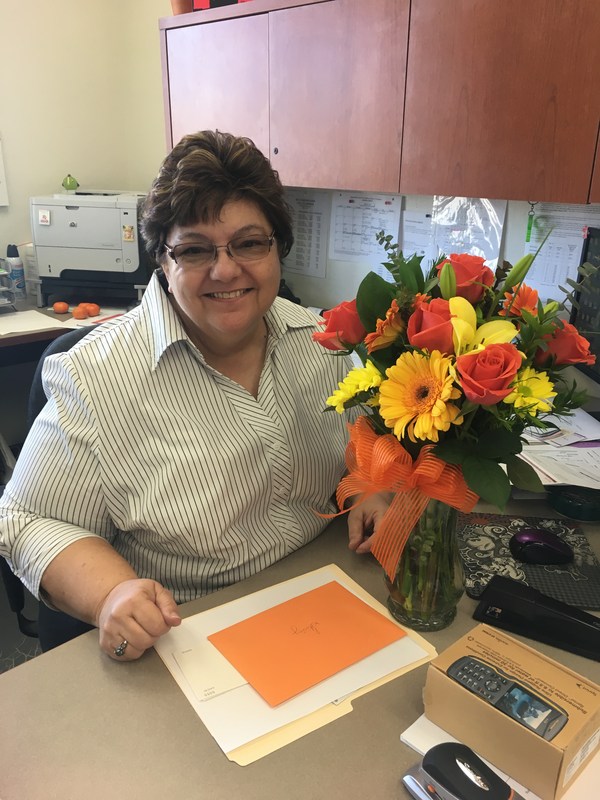 Shirley Hilliard was hired by Bonsall Union School District in 1991 originally as a Noon Duty. Over the next decade, Shirley honed her skills in site-based positions as a Special Education Paraprofessional (formerly known as Instructional Aide) and Health Clerk, as well as serving in the Migrant Education, Food Services, and Special Education departments before assuming the role of Payroll Technician in 2006. Since then Shirley has added benefit administration, State and federal reporting, and a variety of other business office responsibilities to her repertoire. Shirley interacts with every employee in the District and does so with respect and patience. She is always accessible and willing to stop what she is doing to help a co-worker, parent, or student with their immediate need. Shirley possesses a wealth of information and is valued for the ease and efficiency she models at the district office. Bonsall Unified is delighted to honor Shirley Hilliard as the 2017 Classified Employee of the Year. 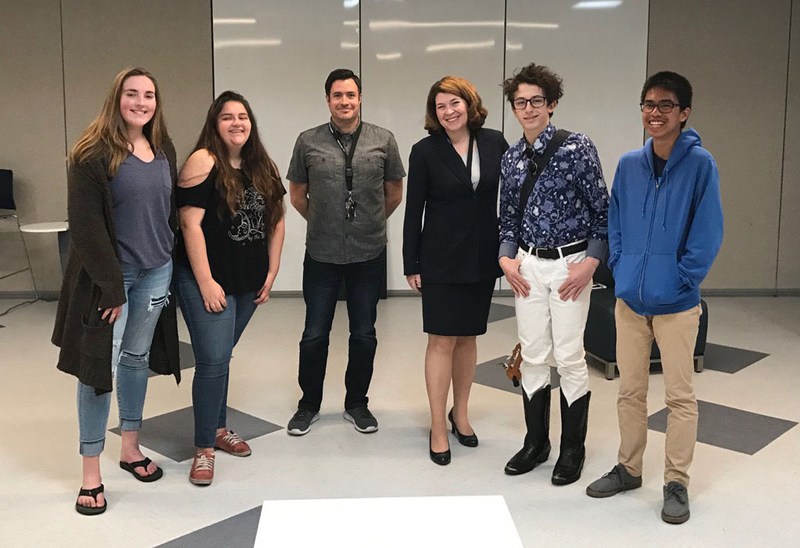 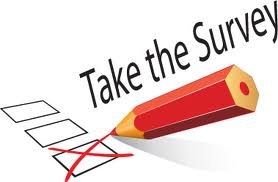 Parent Survey: Please Tell Us What You Think

The best way to make sure every student in our school succeeds is to build a strong partnership between the school, student, family, and the community. This survey is your opportunity to tell us what our schools are doing well and what we can do better to ensure students graduate prepared for college and career. The survey is conducted by an independent evaluator and is completely anonymous. 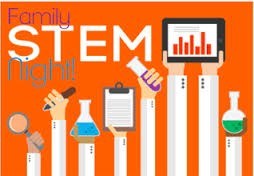 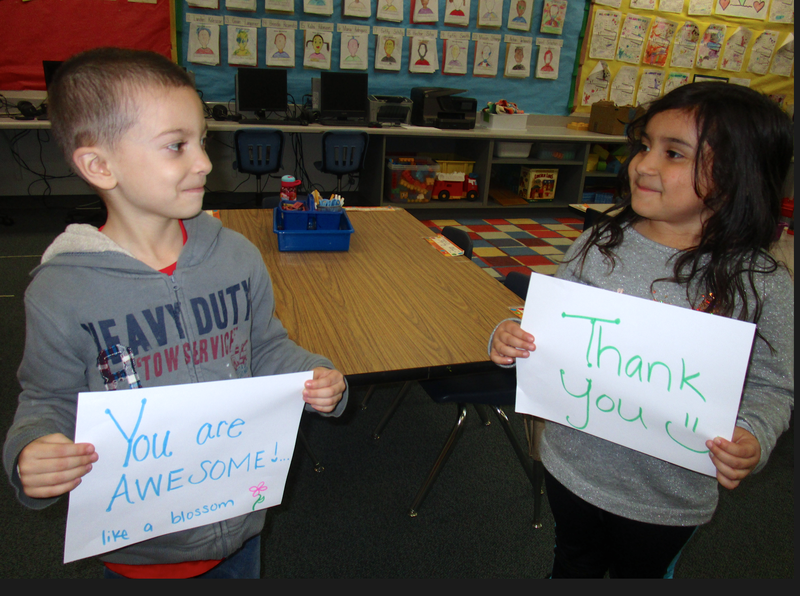 The 2017-18 Instructional Calendar was approved by the BUSD Governing Board of Trustees at the regular board meeting in held in January.

Due to weather impacted areas throughout the District, all Bonsall Unified School Campuses will be closed Monday, January 23, 2017. 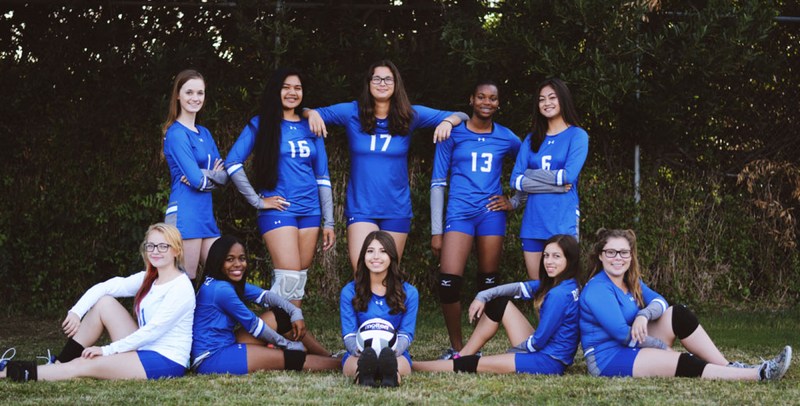 The 2016 Bonsall High School girls volleyball team became the school’s first team to qualify for the CIF playoffs. The Legionnaires were chosen for the CIF Division V playoffs, which included 12 teams this year. Bonsall was given the 11th seed. 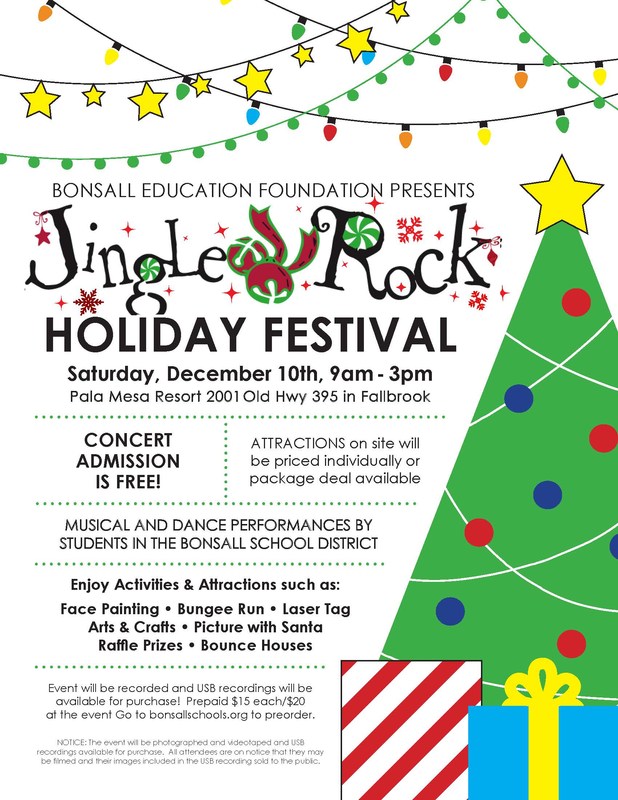 The Wildcats also took third place in the division for sixth-grade and seventh-grade boys, fifth in the eighth-grade boys race, and seventh among the schools with eighth-grade girls teams. Two Sullivan runners earned all-league recognition for a top 10 finish in their race, and 12 of the 30 Sullivan runners received medals which were given to the top 25 finishers in each race for students in sixth or seventh grade and the 20 fastest runners in the eighth-grade races. To view the cross-county season year-end video, please copy and paste this link into your browser: https://drive.google.com/file/d/0B5IMivckUHN9THpHWlNTQkVYMVk/view?usp=sharing

Blast Through the Past with BHS

Join Bonsall High as it "Blasts through the Past" this Friday, November 18. Doors will open at 6 p.m. for silent auction bidding, followed by a catered taco bar dinner courtesy of Trupiano's. Tickets may be purchased in advance in front of SMS and BHS weekdays from 3:45 - 4:00 p.m. For more information, please contact Stacy Pecore ([email protected]).

Turnout for Bonsall's Computers 2 SD Kids event was even better than expected! Over 96 families took home a computer; some families were able to receive multiple devices. Bonsall tech leads helped participants sign up for an email account if they did not already have one. Caroline Carcamo, BES ELD teacher, and Craig Leach, District Technology and Learning Coordinator, were able to provide English and Spanish computer safety training for parents. The Bonsall Elementary student tech team (aka "Claw Club"), lead by Mrs. Stillman, were also there to lend a hand. Plans are already underway for another distribution event next spring. 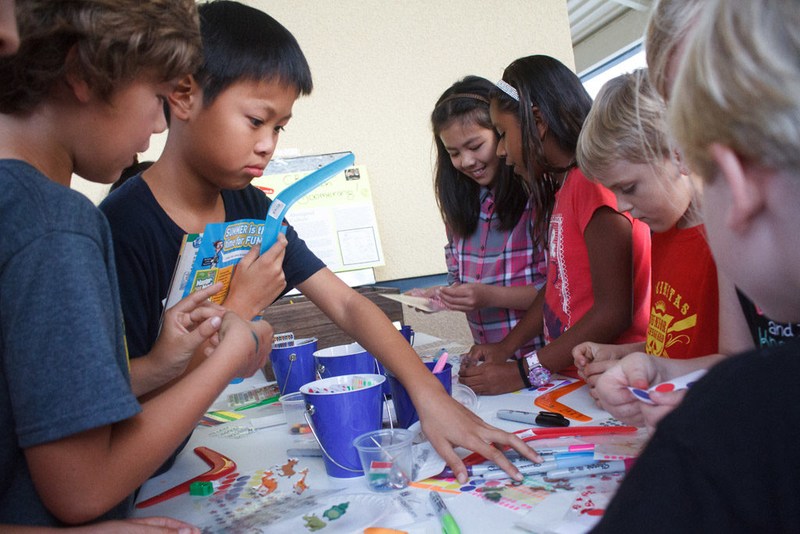 The annual Multicultural Night provides an opportunity for students and community to learn through experiencing different foods, dance and attire.

Reserve your computer NOW! Complete the C2SDKids application and turn in to your school office no later than Monday, October 31. Every family who completes an application will be accepted.

C2SDK believes all children and their families in San Diego County, regardless of their economic status, need to be computer literate and have equal access to technology and the crucial educational, occupational, and financial resources that technology can provide to improve their educational options and their futures. 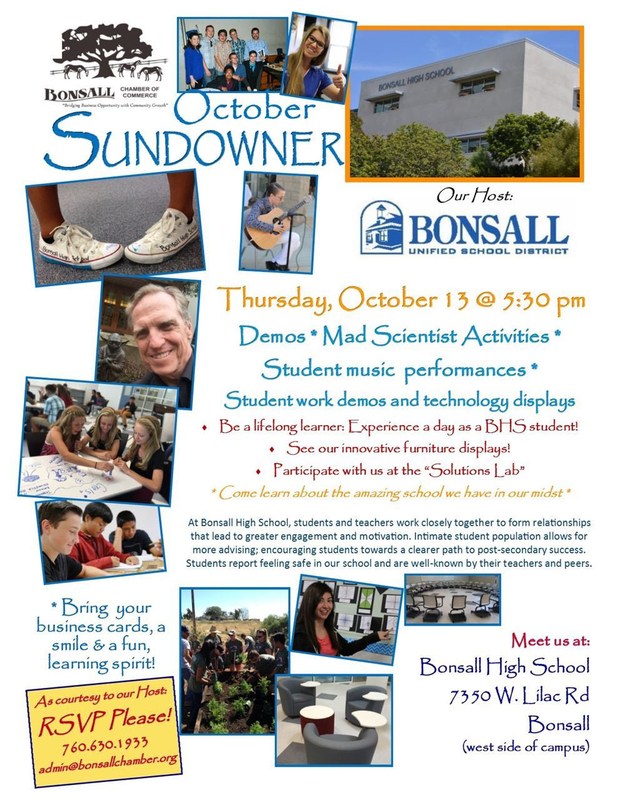 Bonsall High School is excited to serve as the host for the Bonsall Chamber of Commerce's October Sundowner event this coming Thursday, October 13, 2016 at 5:30 p.m. Local residents and business members are encouraged to come out and tour the new 2-story high school facility, view innovative student work and technology displays, learn more about the New Tech Network academic program and see what has put Bonsall High School in the national education spotlight!

Sullivan Middle School students and staff recently celebrated Native American Day with a magnificent performance by the bird singers and dancers from the Pala Band of Mission Indians and other local tribes. Many thanks to all of those from Pala who helped make this a wonderful day for all!

Putting the "Kids" To Work

Of the 26,000 teachers in the County of San Diego, 43 nominees were recognized at the event. Allison Slattery, a fourth grade teacher at Bonsall West Elementary, was named one of the ten County finalists. Click on this news item link to view a video clip and see for yourself why Mrs. Slattery is so deserving of this recognition!

Measure DD is a $58 million general obligation (G.O.) bond that will be on the November 8 Presidential Election ballot. If approved, the measure will improve, construct, and rehabilitate schools and classrooms throughout the District to meet the challenges of today’s rapidly changing world.

The Bonsall Unified School District governing board unanimously approved an agreement with Lilac Hills Ranch developer Accretive Investments, Inc. whereby the developer would build a new K-8 school at Lilac Hills Ranch. The agreement firms up the intent of Accretive to build the school, and how new students from Lilac Hills Ranch would be phased into the District while the school was completed. Accretive needs a county General Plan change to allow its proposed 1,700 home development east of I-15 near Old Highway 395 exit and will seek that approval through the ballot box in November.

Chairman Robert Smith, of the Pala Band of Mission Indians presented the Bonsall Board of Trustees and Superintendent, Dr. Justin Cunningham, a $90,000 donation at the regular meeting of the Board on August 11, 2016

Project-based learning with real-life application is the future of education, and Bonsall High is already on the national radar for innovation. ‪#‎NewTechNetwork‬

The familiar name gracing the walls inside the Sullivan Middle School gym will soon be highlighted on digital screens across the globe.
RSS Feed